Go to my Twitch 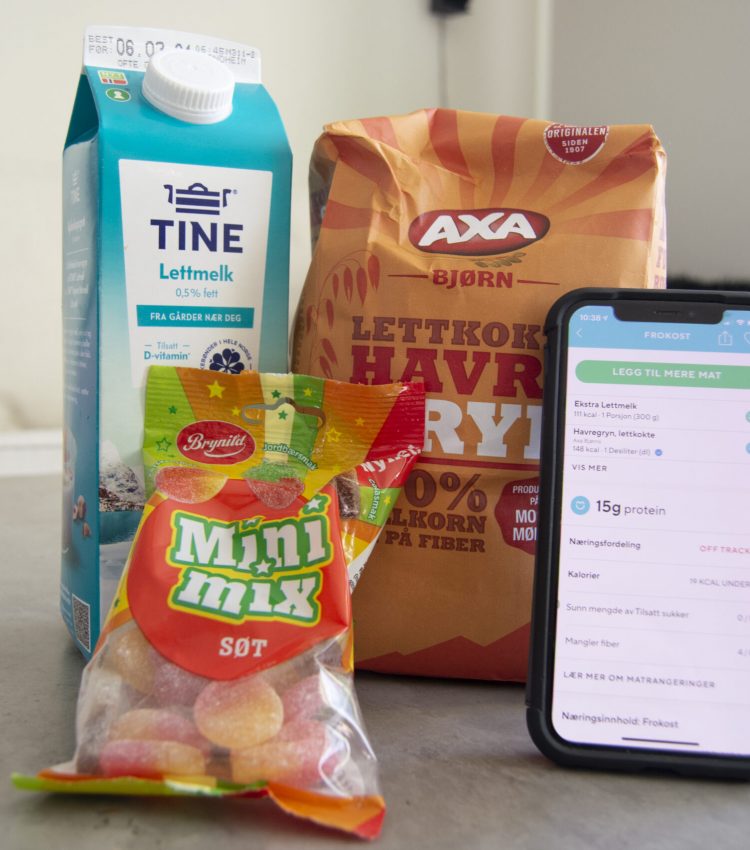 Losing weight is not always that easy, although you can find thousands of tips on the Internet. And perhaps that’s also what makes the whole process so difficult: What should you listen to, and what should you ignore?

I knew very little about diet when I had finally decided to lose a few kilos. What motivated the beginning was the app “Lifesum” with the diet plan “Keto”. It was a strict plan with a duration of three weeks, where I had to avoid carbohydrates and I didn’t get a single day where I could eat an extra good meal. In other words, I had to have a lot of discipline to avoid eating that witch could break me out of. I remember this as three very long weeks and did not feel like continue with it. However, I was now filled with motivation to continue another diet plan that would be a little easier to stick to over time. So, I pretty much ate what I wanted, without thinking much about the balance of carbohydrates, fats and proteins. But I counted the calories, so they didn’t go above 1,600 per day. At the same time, I started with strength training (and some fitness) three days a week.

I gradually learned a lot about nutrition, especially as I became more conscious of balancing the nutrients. First, I found out how much protein I should have every day, then I adapted the intake of carbohydrates and fats accordingly. Almost every day I was weighing everything I ate, scanned the barcodes with the Lifesum scanner and found out how much calories I consumed in every meal.

After a few months, I was exhausted and stressed. I had made myself so dependent on this obsessive behavior that it began to control my life completely. Every time I was invited to dinner, and I did not know the contents of the food, I would end up getting panic attacks and not being able to eat anything. And for every time I eventually allowed myself to have a day without counting calories, usually on Saturdays, I went into full overeating mode. Afterwards, I felt extremely bad.

A few months later, where I had continued with this unhealthy way of life, I was completely drained of energy. I was now working out 5 days a week, had a full-time job and a very high stress levels in my body, which made me sleep less than I should. Everything had turned into a big snowball that just kept getting bigger.

Eventually I found various Youtube channels that made me see everything from a slightly different perspective: I had to learn to trust that my body could tell me how much food it needed, and how often – which is a kind of instinct all people are born with. It requires, however, to know the difference between hunger and desire. In other words, you must have some self-control. This was a very frightening step to take, especially as I feared I would go up in fat percentage again. But I also knew that I had made myself some experiences about what was healthy food and what was not. I had also gained a great deal more muscle mass now than I had previously had, which meant that my body naturally needed more food. More than 1500 – 1600 calories a day. I had to give it a try, in the hopes that I would regain a little more control over my life, and thus also my energy, even if it would result in me gaining some fat in the process. In fact, there are more important things in life than the size of the “muffin top.” Because without energy and some spark of life, how is possible to accomplish anything?

The truth is that the body needs some time between periods of cutting, otherwise it will eventually slow down your metabolism and do everything it can to retain the fat, as it thinks it’s starving to death. Thus, it doesn’t matter how little food you eat. All you will accomplish at this stage is draining yourself of all energy, which can affect your quality of life and workout results dramatically.

So, I decided to put Lifesum aside. At least for a while.

Only a short while later I began to feel much better. I had more energy, and thus it also became easier to workout. I pretty much ate what I wanted, within the boundaries of reason. But really, it wasn’t hard to stick to healthy eating habits anymore. My body would no longer have a lot of unhealthy fats and fast carbohydrates, but rather foods that nourished my body and that kept me full for a while.

I noticed that I was going up in muscle mass, but not in fat. However, I did not lose fat either, and the “muffin top” thus remained. This was fine with me, as this was to be expected. The most important thing at this point was to get upstairs and get stronger. I had to give myself and my body time.

However, this does not mean that counting calories is something you shouldn’t do at all. I wouldn’t have been able to get where I am today if it hadn’t been for Lifesum. All I’m saying is that there comes a time when this habit of counting calories constantly over a longer period can quickly become very unhealthy. At some point, you must let go of the control and relax, within reasonable limits. And this is where listening to your body comes into play. This is an extremely useful thing to have trained yourself to do. You may start counting calories again later if you want a little extra control over your food intake, for example when to cut down on the fat percentage. But I do not recommend doing it more than 3-4 months at a time. Also remember that tracking your calories will never be accurate, even how good you are at weighing every single gram. Calories will always vary in ways you can’t control. For example: The fat percentage in your meat will never be the same, and the same goes for the natural sugar content of fruits. Therefore, there is very little point in tracking every single gram of every single meal. You will just exhaust yourself doing it.

PrevPreviousThe beginning of my journey
NextOnce upon a timeNext

This page informs you of our policies regarding the collection, use, and disclosure of personal data when you use our Service and the choices you have associated with that data. The Privacy Policy for Techsila.net is partly created with the help of the Free Privacy Policy Generator.

We may also collect information how the Service is accessed and used (“Usage Data”). This Usage Data may include information such as your computer’s Internet Protocol address (e.g. IP address), browser type, browser version, the pages of our Service that you visit, the time and date of your visit, the time spent on those pages, unique device identifiers and other diagnostic data.

We use cookies and similar tracking technologies to track the activity on our Service and hold certain information.

Cookies are files with small amount of data which may include an anonymous unique identifier. Cookies are sent to your browser from a website and stored on your device. Tracking technologies also used are beacons, tags, and scripts to collect and track information and to improve and analyze our Service.

You can instruct your browser to refuse all cookies or to indicate when a cookie is being sent. However, if you do not accept cookies, you may not be able to use some portions of our Service.

Use of data (purpose):

Your information, including Personal Data, may be transferred to — and maintained on — computers located outside of your state, province, country or other governmental jurisdiction where the data protection laws may differ than those from your jurisdiction.

If you are located outside Norway and choose to provide information to us, please note that we transfer the data, including Personal Data, to Norway and process it there.

Your consent to this Privacy Policy followed by your submission of such information represents your agreement to that transfer.

Techsila.net will take all steps reasonably necessary to ensure that your data is treated securely and in accordance with this Privacy Policy and no transfer of your Personal Data will take place to an organization or a country unless there are adequate controls in place including the security of your data and other personal information.

The security of your data is important to us, but remember that no method of transmission over the Internet, or method of electronic storage is 100% secure. While we strive to use commercially acceptable means to protect your Personal Data, we cannot guarantee its absolute security.

We may employ third party companies and individuals to facilitate our Service (“Service Providers”), to provide the Service on our behalf, to perform Service-related services or to assist us in analyzing how our Service is used.

These third parties have access to your Personal Data only to perform these tasks on our behalf and are obligated not to disclose or use it for any other purpose.

Links To Other Sites

Our Service may contain links to other sites that are not operated by us. If you click on a third party link, you will be directed to that third party’s site. We strongly advise you to review the Privacy Policy of every site you visit.

We have no control over and assume no responsibility for the content, privacy policies or practices of any third party sites or services.

Our Service does not address anyone under the age of 18 (“Children”).

We do not knowingly collect personally identifiable information from anyone under the age of 18. If you are a parent or guardian and you are aware that your Children has provided us with Personal Data, please contact us. If we become aware that we have collected Personal Data from children without verification of parental consent, we take steps to remove that information from our servers.

We will let you know via email and/or a prominent notice on our Service, prior to the change becoming effective and update the “effective date” at the top of this Privacy Policy.